A lot of things happen in life. Many kinds of experiences shape you as a person. To me, it is not that one person who changed my life. It is series of experiences, people and wisdom which shaped my life.

From the past few days, I thought of giving a helping hand to my dad as he’s getting old and my mom told me you should go with him to Malda.

As we got ready, everything on place, suitcase packed, things on point, we took an uber on time (around 10) to Sealdah Station to leave for Malda – Driver Babulal

I am not even joking or making a word out of this. I have faced this and trying to narrate exactly how I went through the same.

Once my uber ride went smooth with my father, I paid the driver Rs. 179.51 and asked him to provide me a change for 200. He paid me back 20. I usually have a habit of collecting bills or not leaving a penny as it’s hard earned money and it pinches. I told the driver for 1/2 rupees change which I can’t exactly recall.

He checked his dashboard and gave me the same. He left. Little did I know that my phone slipped out of my pocket during that time in the car’s back seat. Ok. Dad is walking happily towards the train station and I suddenly get a jerk and felt something missing.  Checking my pockets and pouch bags, can’t find it. I freaked out. I lost my phone. Usually for me, phone plays a major role in life as I write about things and experiences and majorly nowadays, everything can be done via phone.

I rushed at the uber stop near the station where the driver halted the car – see no luck as expected. I tried talking to people. Suddenly, a third gender person came and told me to relax. I took my dad’s phone as he’s tensed as I am. Tried calling from the same number but sadly no luck as we had already finished the trip and UBER app was not accepting the number. I kept trying. My train was from 11:25-30 and I had reached station by approx 10:45-50 and was waiting to get my phone back. I had thought that i really have lost my phone. It was a tough situation as I had a train to catch also subsequently. A confused conundrum.

She said “confidently” again to relax and I will get my phone as well as train on time. I got a sense of relief. It was a different feeling which I have never experienced before. I was tensed but her words gave some relief to me. I clicked on help in uber and clicked on lost my phone and then entered my number again.

Bang on! I received a call! I shouted ‘Babulal bol Rahe hai? I have left my phone on your car. Please give it to me asap I have a train to catch urgently.’ Babulal was busy with another trip which I knew later and then he cut the phone in a halt after not speaking properly. Nonetheless, again it started to worry me. Called him after sometime through the UBER lost my phone facility. Where are you ? He then said he’s On a trip. I felt in the head what the f***? I told him again. “I have a train to catch. I’ll pay you money. You come and hand me over the phone!!!!” He said he will complete trip and come in 10 mins. In the true caller, it was showing some shitty name for taxi service. I was like more scared as whether my call is not connected to spam.

Finally after around 5-7 minutes he said he is near some  hospital (I can’t recall?) near Sealdah station.

So the special person – the third gender told he is just going to come so mujhe kuch de do (give me something). I said thoda der Ruk jaiye (to wait for sometime). I had took out twenty bucks in my hand and would have handed over if i got my phone back for sure. And she said it is arriving. And you will get your train in time too. I was relieved like anything with the confidence she showered on me. As soon as she said, a moment later, the uber cab arrived. I paid her 20 bucks and she was happy and all of a sudden, vanished somewhere. I went to driver. He was with some fellow passengers. I said him give me the phone. He said aap Kaun hai (who are you). I was like thinking ‘do you really want me to say who I am’ . My dad suddenly came and told him Abhi to ride liye New Alipore se (We just took a ride from you from New Alipore). He then took out the phone and handed me over. (Just wanted to verify Identity)

Dad said to pay him 100. Can’t find an exact note. I paid him 50+ 10 rupee 5-6 notes which I don’t even remember as it just blew my mind and we were in a hurry to catch the train. I left with a happy face and now I’m in train writing down my experience.

Pardon me if I have not framed it properly as I was just pinning it down so that I can’t miss out any details.

Also, driver while going told me that aap ek rupiya bhi nahi chorte in an angry tone which did literally made me feel like I don’t know very different but certainly not good. Why should i leave money anyway? And dad told him khush, he said khush after getting the money 100 bucks.

Added on 23:43 – I missed on the detail. She said the cab has arrived. I feel it’s intrusion which told her it did. I was surprised in a minute as the cab just arrived after that. Never experienced something like this before and once I got out with my phone, the feeling is subsiding shortly.

She was right there on the right side of the entrance of the main Sealdah station (uber stand). When I was looking worried, no Tom Dick and Harry came. I asked one guy and she was the one who came and asked me personally ki kya hua kya hua (what happened)? This personally made me feel ki why is she caring suddenly? – Compassion hit my head. People are compassionate too? In this 20th century? I was left in awe. I have never experienced something like this ever and this literally shook me. She told me not to worry and told me to relax.

A big thank you to her and lots of love and gratitude. I do now believe in things like these. It was a different vibe, something was like in the moment. Everything was happening in front of me and I am watching it and experiencing everything minute to minute, second to second.

She was having a Dark colour complexion and had a good height (6 feet). Probably a little my height and had a nose pin. I have never met such a calm person before. It was different with her. She was different. Calm and composed. That’s all I can recall about her currently. She had a slight moustache kinda thing. But the way she spoke and calmed me down was seriously something to applaud for. Also, she did not clap even once. Usually they do right. At least not when i was there. But with her voice, clothes and her talk, I could understand.

Also, my seat in Sealdah was RAC with my dad’s too. But I have got my seat as passenger has not come and dad has to share with two people. (Maybe what she said to me was right).

Tt came a while ago asked me my name. Like a boss I said. He said other passenger? I said haven’t come yet. He was like ‘bhaloi toh jayga pey gache’ (good only you got the seat) and left.

Also, The dad try to woo away the third gender person who helped me during the time I lost my phone due to tension himself. I tried to explain the person and dad and somehow calmed the situation down for the miscommunication caused due to tension as she was looking in a very different way at my dad when he went aggressive.

I relaxed on my seat and reached Malda. 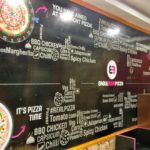 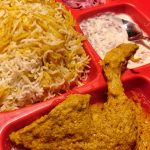 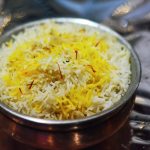 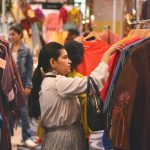